Is the answer to your question not listed or do you need advice on course-specific issues?
• Contact the Education Support Service Desk via 📧 [email protected] via 📞 (+31 3174)86222 from 8:00 – 17:00.
• You can also check out the Brightspace Intranet page [https://intranet.wur.nl/Project/BrightspaceWUR] or generic Brightspace documentaton [https://documentation.brightspace.com].
• For account-related problems contact Servicedesk IT (0317) 488 888 or [email protected].

Video as replacement of fieldtrip

This article will show an example of using videos as a field trip replacement. 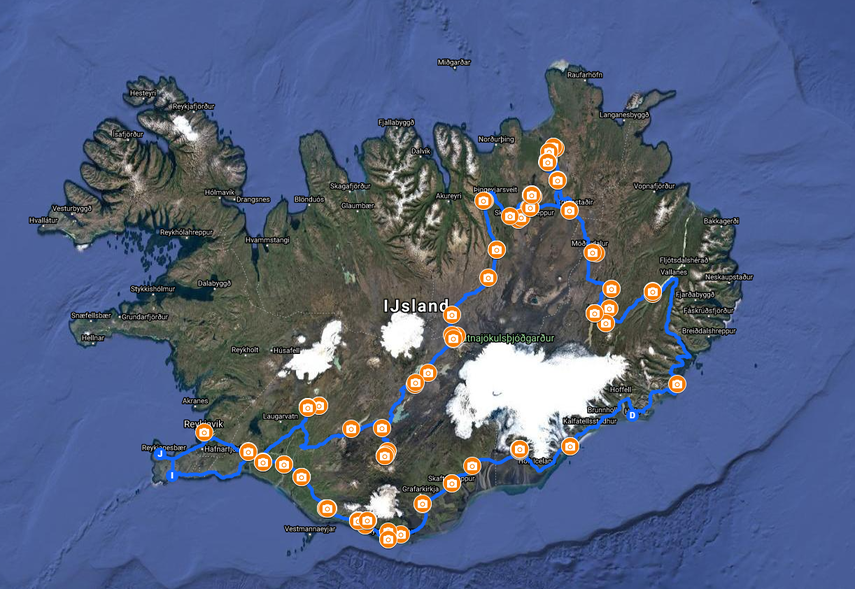 Hydrological processes are shown for different conditions (climate, physical catchment structure). Impacts of floods and drought are elaborated. The excursion as such already exists since 2008 and covers a large part of the learning objectives of the course. In 2020, it was not possible to travel with a group of 50-60 students to Iceland, due to the restrictions that were present because of COVID-19. Therefore, the lecturers who were normally involved in the excursion came up with an innovative way to share the contents of the excursion with their students. Note that the solution that is presented in this showcase also applies to smaller-scale excursions and field trips.

For this learning activity, three lecturers, a photographer and a videographer travelled to Iceland to do the same field trip as they normally would, but with a camera instead of an audience of 60 students. Even though not every lecturer will have the possibility to go with a photographer and/or videographer, the learning activity would also work with just you as a lecturer and a camera or cell phone to record within your backpack.

Here, the lecturers chose to go with a videographer, because it was really important to not only get a clip of what was normally told by the lecturers but to also grasp a bit of the vastness of the surroundings. For that reason, a photographer also joined the excursion.

Normally it is a ten-day excursion with students. For this excursion, the same locations (even more) were visited and the stories that would normally be told to the students on location were now shared with the videographer. The surroundings were recorded by both video and photo’s to give the students the feeling that they were present.