Is the answer to your question not listed or do you need advice on course-specific issues?
• Contact the Education Support Service Desk via 📧 [email protected] via 📞 (+31 3174)86222 from 8:00 – 17:00.
• You can also check out the Brightspace Intranet page [https://intranet.wur.nl/Project/BrightspaceWUR] or generic Brightspace documentaton [https://documentation.brightspace.com].
• For account-related problems contact Servicedesk IT (0317) 488 888 or [email protected].

Fieldwork redesign: how to make it as real as possible

This article will show an example of how to redesign fieldwork using online tools. 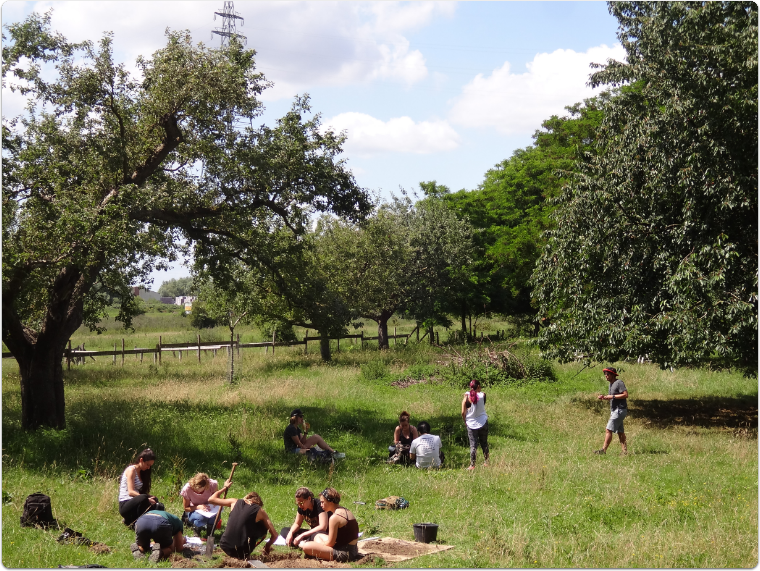 For most students, this is the last course before they start working on their thesis. Within this course students learn to integrate all the knowledge they have gathered so far and will apply it on a real-life case. The students arrive with different luggage since they took different routes to get here. This results in different starting levels between the students.

The course is divided into three blocks. Block one focuses on integration of agronomical knowledge. Here concepts and tools are introduced for farm diagnosis and redesign at field, farm and landscape level. Lectures provide the basic (agronomical) knowledge that is required for the course and ensure that knowledge gaps (due to different backgrounds) are closed.  The learning activities that are normally used are live lectures and live computer practicals taking up whole days.

In block two students go for a ten-day fieldtrip to a farm to gain practical experience in evaluating the performance of farming systems and understanding farm management. Students are invited to use their hands, heart and head with hands-on fieldwork, and interaction with a young and ambitious farmer about farm management and decision making. This field trip aims at a holistic understanding of the farm. In block three the groups work out a redesign scenario for the farm where they stayed based on the data they gathered, using the concepts and tools taught in block one.

Due to Corona live lectures and live computer practicals were not possible. The students could not go on the ten-day field-trip either and could not collect data like they used to. Therefor the course needed to change to be able to meet the learning goals.

In this showcase is explained how the fieldwork was redesigned.

During block 2 the students normally leave for a ten-day stay on a farm where they do field research and collect data. Normally the group (60 students maximum) is split into two smaller groups of about 30 students, accompanied by four teachers and a supporting staff member.

Each day a group deals with a certain theme, themes rotate during the week. During the first week the students receive instructions from the lecturers before they execute the on-farm integration assignment by themselves. The daily interaction with the farmer is very valuable to the students. Since this was not possible anymore, the fieldwork needed to be redesigned.

Each day started with a plenary introduction meeting in Zoom in which a certain research theme was being introduced. After this plenary kick-off students could start doing their own local research based on the instructions that were described in detail in a theme assignment. Since lecturers were not available to give a live demo first, the assignments were adjusted to being as self-explanatory as possible. Instructions video clips made by lecturers were also available to the students in Brightspace.

The version of the assignment for the students that were present in Wageningen consisted of Corona proof locations where students could do the research. At these locations, a lecturer was available for questions and coaching. Each ‘Wageningen’ group visited one or more locations depending on the day. To make sure they didn’t show up at the same location at the same time, the students were advised to visit the location closest to their home first.

The not ‘Wageningen’ groups were encouraged to stay in touch with their group members (mostly through WhatsApp) and could (video) call the teachers if needed.  Some groups didn’t request support, the assignments and video instructions were clear enough to them.

At the end of each day, the groups posted a short recap of what they did that day on a discussion forum. In this way, students could learn from each other. The lectures responded to these posts before the next morning.

The lecturers did visit the farm and recorded some video clips that were posted at the end of the day. In this way, a link to the real-life case was made. Another way to achieve this connection was done by inviting the farmer at the end of the day in a Zoom meeting. The session was chaired by the teacher of that day who interviewed the farmer about the topic of the day. Afterwards, the students could ask any questions they had. Students looked forward to this meeting and really appreciated this live interaction with the farmer.

Normally students would get together again in block three for a redesign assignment where tools and the data of the previous blocks were recombined resulting in a report containing a proposal for a redesign of the farm. In this online format, the redesign assignment focused on the farm and the farmer which was now known through the end-of-the-day- sessions in block two. The data, which otherwise would have been acquired through fieldwork, was now provided in videos and documents. Instead of a report, students were asked to make a video or poster with their findings.

In total 23 groups of 3 or 4 students were formed. Groups could independently work in break-out rooms and had two progress meetings with a teacher.

On the final day, groups were recombined and posters and videos were presented to peers.  Students were asked to formulate questions for their peers and grade them using a rubric. In this way, each student saw two other proposals and presented and defended their own proposal.

In the end, the lecturers selected four posters/videos and these presentations were shared with the farmer during a live Zoom session. The farmer provided feedback to the students.

TIP 1: When using break-out rooms for groupwork it is good to appoint a fixed teacher (for a period of time) to a group to coach and help the students. In this way, you get a good grasp of what is going on with the individual students and the group as a whole and can act/steer/guide accordingly.

TIP 2: Ask students to share their camera’s during (at least the beginning and end of) a session. In this way, you make a better connection with each other.

We will continue using the video clips and the more detailed assignments but in combination with live fieldwork on the farm.

You need enough teachers to make this work. When students are in a breakout-room they could request help, and it was desirable to give this help as soon as possible. As we use models, errors can hamper the progress. In this online year, they couldn’t ask peers (other groups) like they would normally do, so prompt help from teaching staff was highly appreciated.

We learned that since students did not share the same experiences on the farm, everybody developed their own perception. It took more time than normal to create a shared perception within the groups (block three, redesign assignment).

Since we had more (small) groups than usual, as a teacher you had less time available per group to support and coach them. This resulted in more standard solutions since it needed to be manageable and we really wanted the students to experience success. During the next phase of their studies (thesis) they could continue working with these tools.